Sea Trail Golf Resort is home to layouts designed by the Open Doctor, Rees Jones, Dan Maples, who has designed more Myrtle Beach golf courses than any other architect, and Willard Byrd, who completed the trio with the opening of his course in 1990.

On the name recognition index, Byrd doesn’t enjoy the cache of his Sea Trail compatriots, but his work at the Sunset Beach, N.C., facility might be the best of the bunch. The Willard Byrd Course at Sea Trail has an ideal combination of playability, challenge and value that appeals golfers.

The Byrd course isn’t particularly long, playing 6,750 yards from the blue tees and 6,251 yards from the white tees (where most of us play), so long, forced carries and the need for a space-age driver are minimized.

Byrd created a layout that allows golfers ample opportunity to hit the driver, but doesn’t make length a prerequisite for success. The course, which has seven doglegs of varying severity, rewards shot-making and creativity, challenging players to hit a variety of shots.

Those challenges are what make the course appealing to low-handicappers despite the relative lack of length.

“Byrd is more demanding on the good golfer,” head pro Eddie Pratt said. “That’s why they like to play it.”

Mid to high handicappers are fond of Byrd because it isn’t overly penal from the white tees. Regardless of your handicap, Byrd rewards players that pay attention to where they are hitting the ball. Playing to the proper side of the dogleg and awareness of hazards are vital success.

“It’s more of a shot-makers course,” Pratt said. “It’s not a course where you hit it, find it and hit again.”

The Byrd Course is home to several large man-made lakes – the biggest is 20 acres – but the water isn’t an overbearing threat. The course’s fairways are plenty wide, giving players ample room to find the short grass.

The key to success lies in a player’s ability to execute with short irons. There aren’t many long approaches, but the greens are well guarded, most of them surrounded by sand. If you miss a green, you will likely be chipping out of or over a bunker.

If the threat of missing the green weren’t enough, hitting it hardly ensures success. The Byrd Course’s greens are often large and multi-tiered, so hitting the right part of the green is vital to scoring well.

One thing players don’t have to worry about is the condition of the greens. Sea Trail installed new Champions Bermuda on the greens as part of a two-year project, and the results have been well received.

Par 3s
The par 3s are Byrd’s strongest collection of holes. The seventh, a 190-yarder, is Pratt’s favorite hole on the course and the 186-yard 12th isn’t far behind. Both holes require relatively long tee shots over sand and require a sturdy commitment to your club selection. They encapsulate what’s so enjoyable about the Byrd Course – a good score is very much within reach but It must be earned.

The 174-yard second hole requires a carry across one of the (alligator filled) man-made lakes to another three-tiered green. The 16th is the longest par 3 from the blue tees, playing 202 yards, but the shortest from the white tees (155 yards). With no water and healthy size green, it’s the easiest hole on the back nine, according to the scorecard.

Par 4s
Byrd’s par 4s speak to its reputation as a player friendly course. While the par 4s feature several doglegs, not one of them plays longer than the 392-yard fifth hole from the white tees. Setting the fifth hole aside, there isn’t another par 4 that stretches to 380 yards from the white tees. With even minimal distance off tee, players will have manageable approaches.

A prime example is the fourth hole (407 blue/378 white), which features an almost 90-degree dogleg left. A 225-yard drive from the white tees will leave players well positioned, but a waste bunker runs along the left side and mounds on the right complicate any mistake in that direction.

The aforementioned fifth hole is the course’s hardest. In addition to being long and straight, the hole has subtle elevation change.

“On the tee box it looks flat but there is a steady incline,” says Pratt. “You are always hitting one or two more clubs than you expected on your second shot.

The most difficult hole on the back nine, according to the scorecard, is the 400-yard, 10th hole, a dogleg right with sand on both sides of the fairway, and a relatively small green.

The final two-shotter is the 382-yard 17th hole. Long hitters can bomb away but a lake runs up the entire left side of the fairway and mounding on the right can punish a slice. The 17th green is classic Byrd; it’s large – 39 yards deep – but surrounded by four bunkers.

Par 5s
The par 5s on the Byrd Course offer players a couple chances to pick up strokes.

The third hole (535 blue/468 white) is relatively short but it has a severe dogleg right. A large waste bunker and a tree on the right side make cutting the corner difficult. Play this one by the book and be content to reach the green in regulation. The ninth hole isn’t complicated. It’s long and straight. If you can get home it two from the 542 yards on the blue tees (or 517 from the whites) more power to you. Most of us can’t.

Opportunity potentially beckons on the 13th hole (528 blue/493 white), but there is a significant risk-reward component. The hole is straight but each side of the fairway sports a large bunker and one of the course’s lakes runs in front of the green. Long hitters can go for the green in two, but you better be certain you can get there. Any ball that is short will be wet.

The 18th is regarded by many as Byrd’s easiest hole. It’s short (468 blue/442 white) and not overly tight, giving many players the opportunity to go for the green in two, assuming your drive is in the fairway.

The Verdict: The Byrd Course at Sea Trail doesn’t receive the accolades of its Grand Strand brethren (including the on-site Jones Course), but it’s a good layout with good conditions. There isn’t much housing, and players have the opportunity to score if they play well. If you are a low handicapper, play from the blue tees and enjoy the challenge.

In short, if the Byrd Course offers value and challenge, a combination everyone seeks on a Myrtle Beach golf trip. 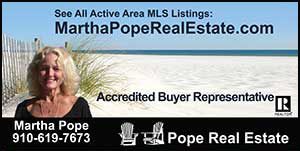